These are some elements of my workflow. 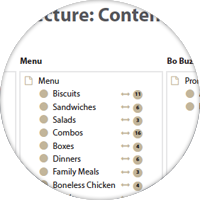 The process begins with conversations and stories about past experiences, present circumstances, and future desires. These discussions often lead to further research, content audits, interviews with stakeholders, empathy maps, and time around the table with dry-erase boards, markers, and sticky notes. 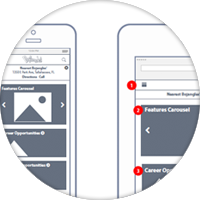 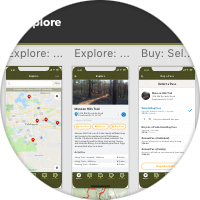 Once organized and prioritized, the interactions between the elements as well as their style begin to emerge in an iterative process creating representations of the application in varying degrees of fidelity. Style guides, design comps, and responsive prototypes may be created along the way.

And here are a few design examples. 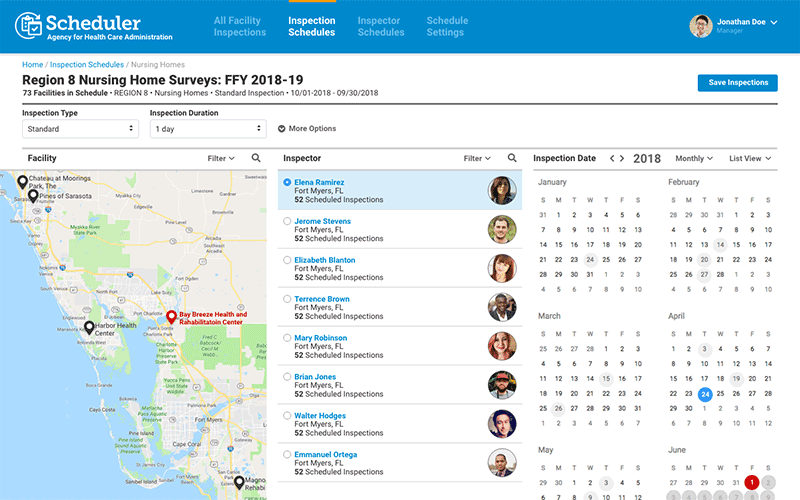 Close ProjectAHCA Scheduler (2019) I designed a prototype for Florida's Agency for Health Care Administration, envisioning a field application that would enable field inpspections at facilities. 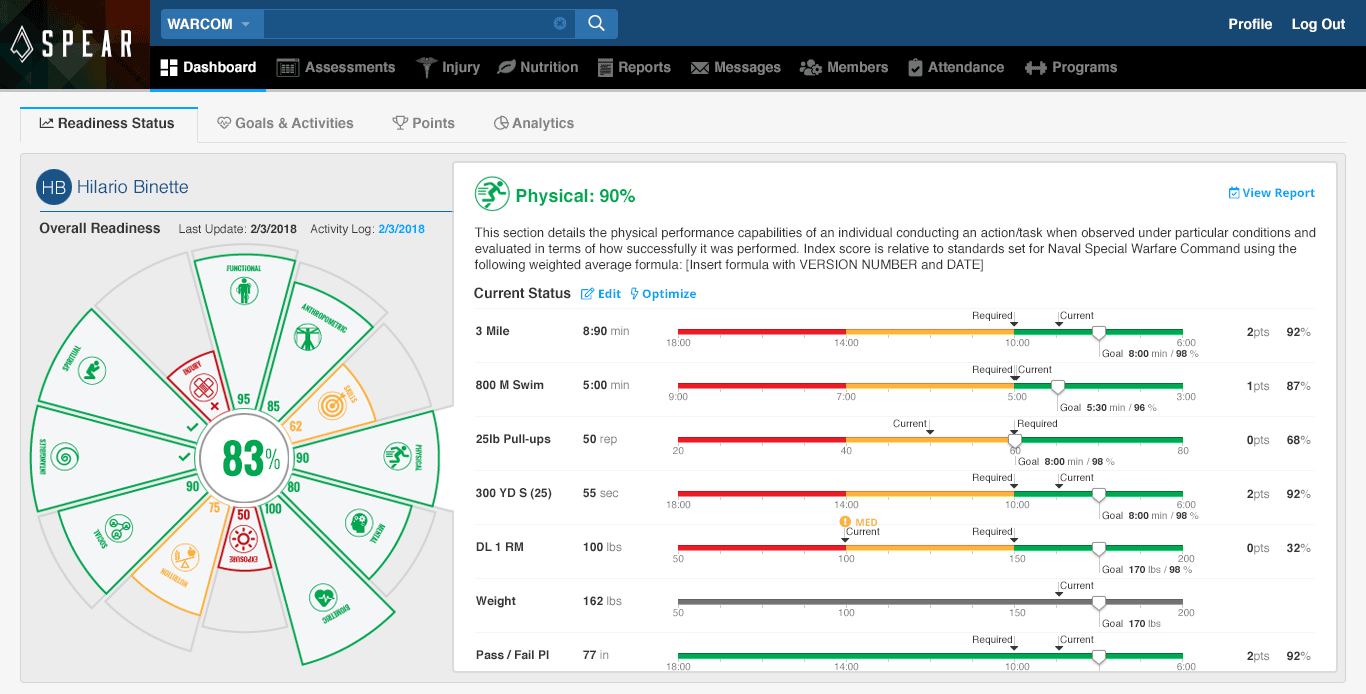 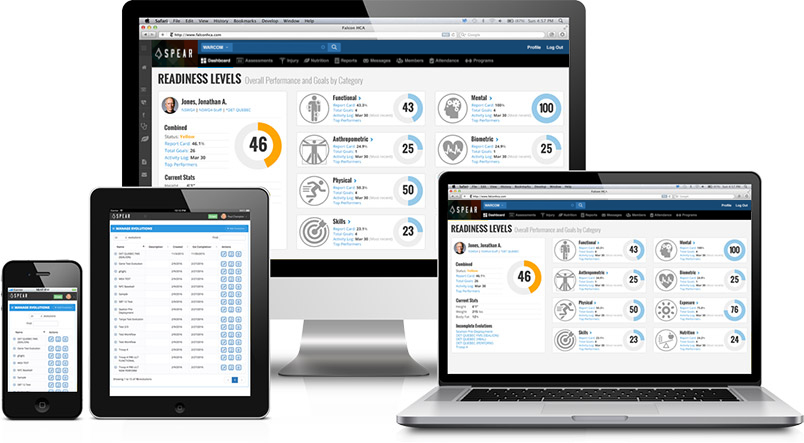 Close ProjectSPEAR Dashboard (2018) I collaborated with the Titus Human Performance team reimagine their analytics application as a responsive web application for the U.S. Department of Defense. 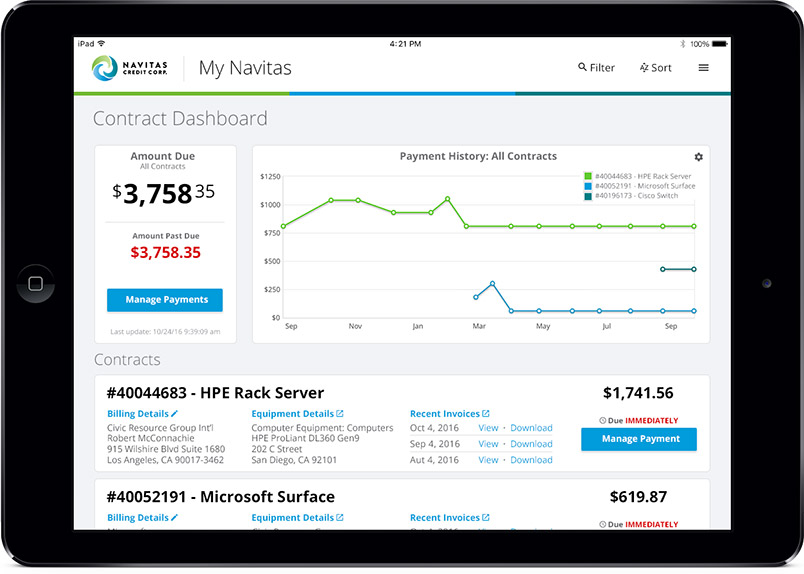 Close ProjectNavitas Customer Account Dashboard (2016) I worked with the Navitas product team to design the user interface for their new mobile app used that is used as a management tool for customer accounts. 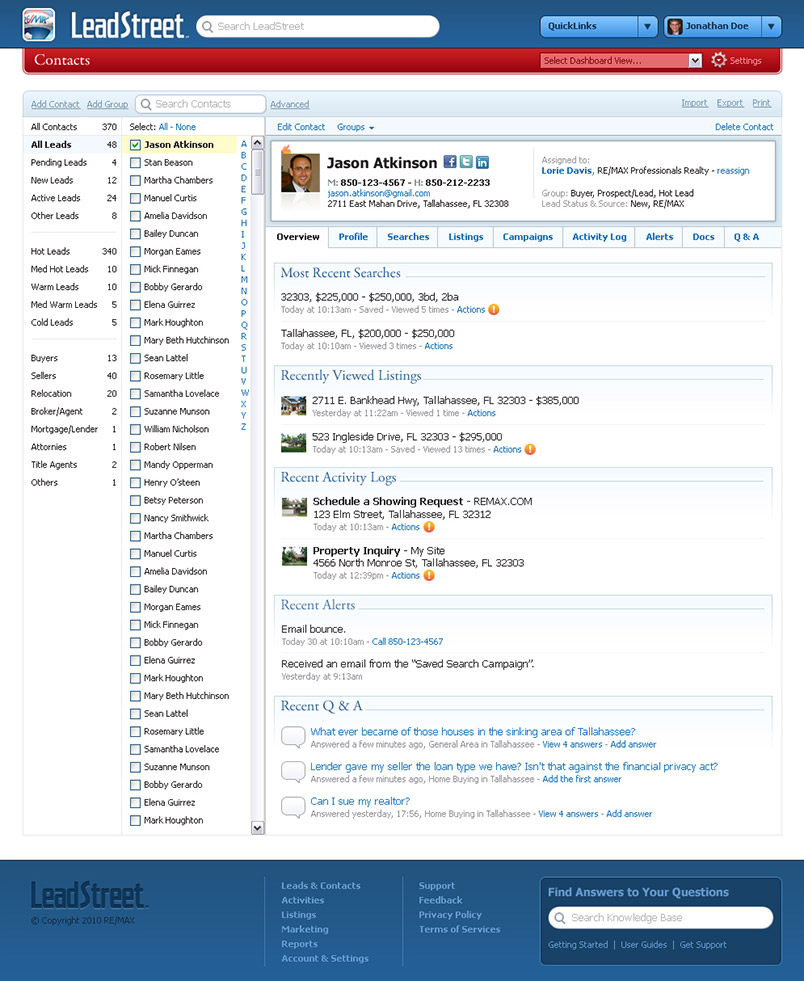 Close ProjectRE/MAX LeadStreet (2010) I led the UI design for a new prototype of the RE/MAX control panel. 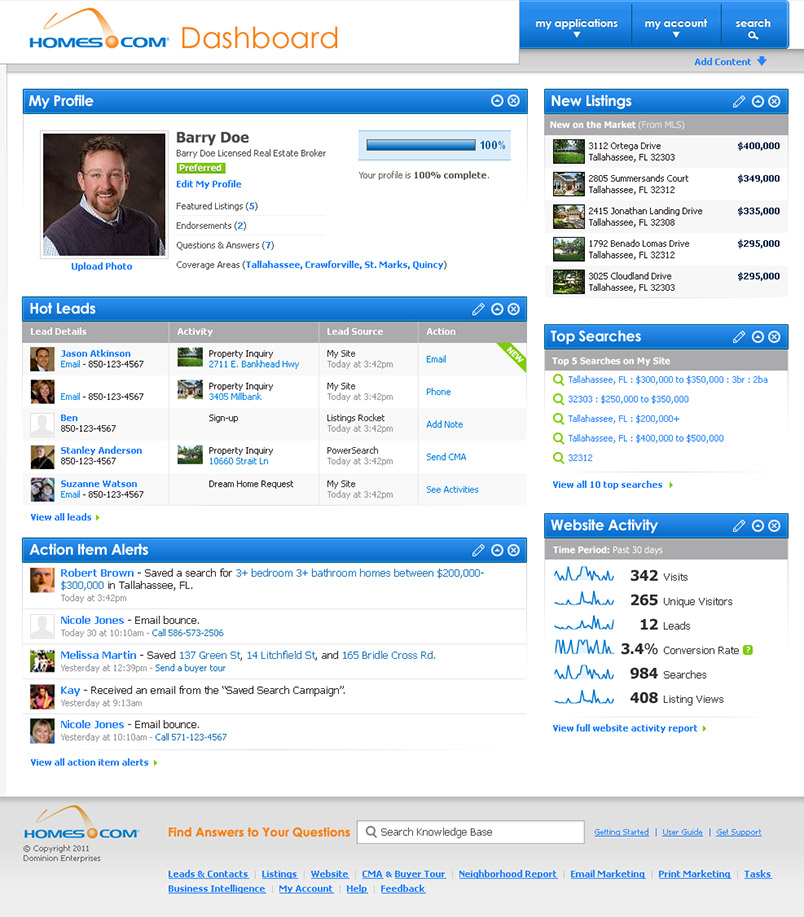 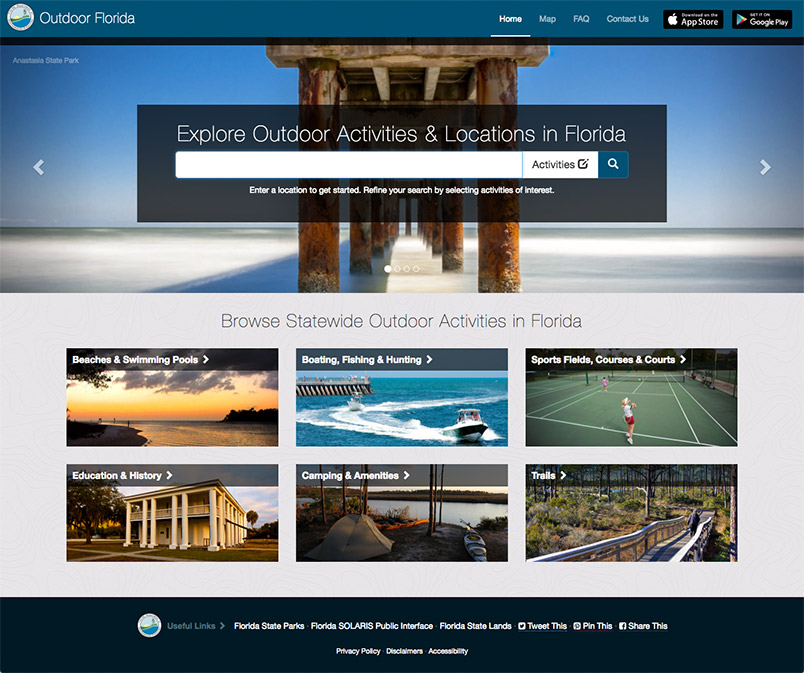 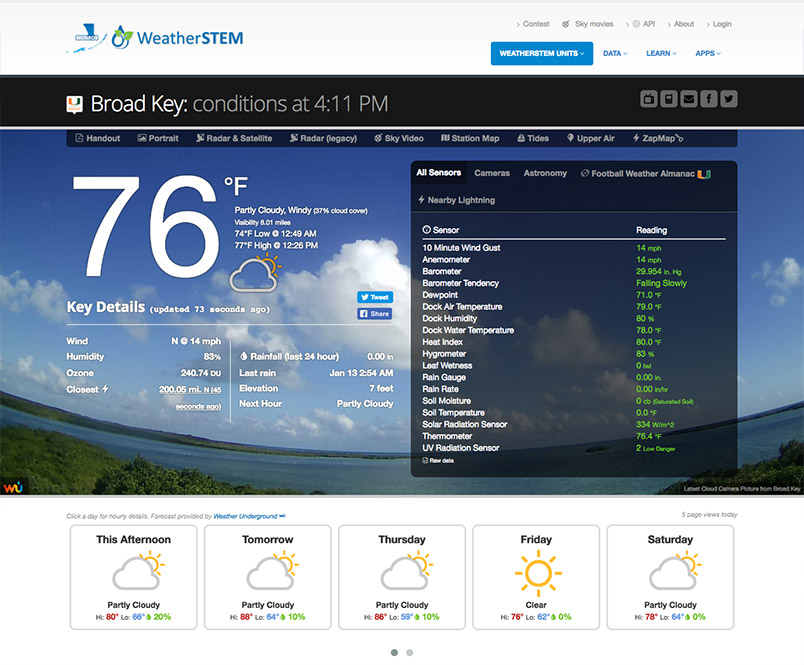 Close ProjectWeatherSTEM (2014) I designed the UI vision for the WeatherSTEM station pages. I also designed and coded all of the resources in the Learn section. 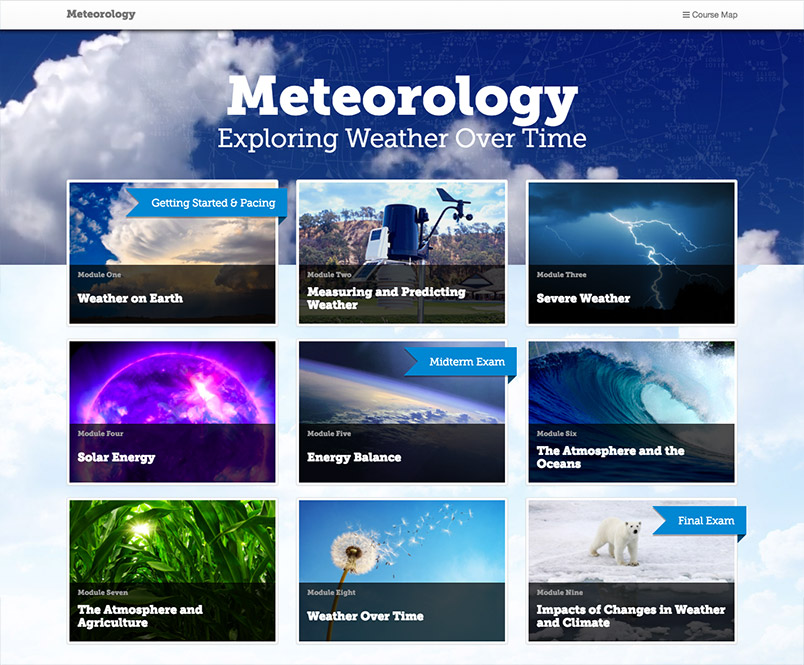 Close ProjectMeteorology Course (2015) I led the UI design effort in the creation of an online Meteorology course, the first of its kind in the State of Florida. 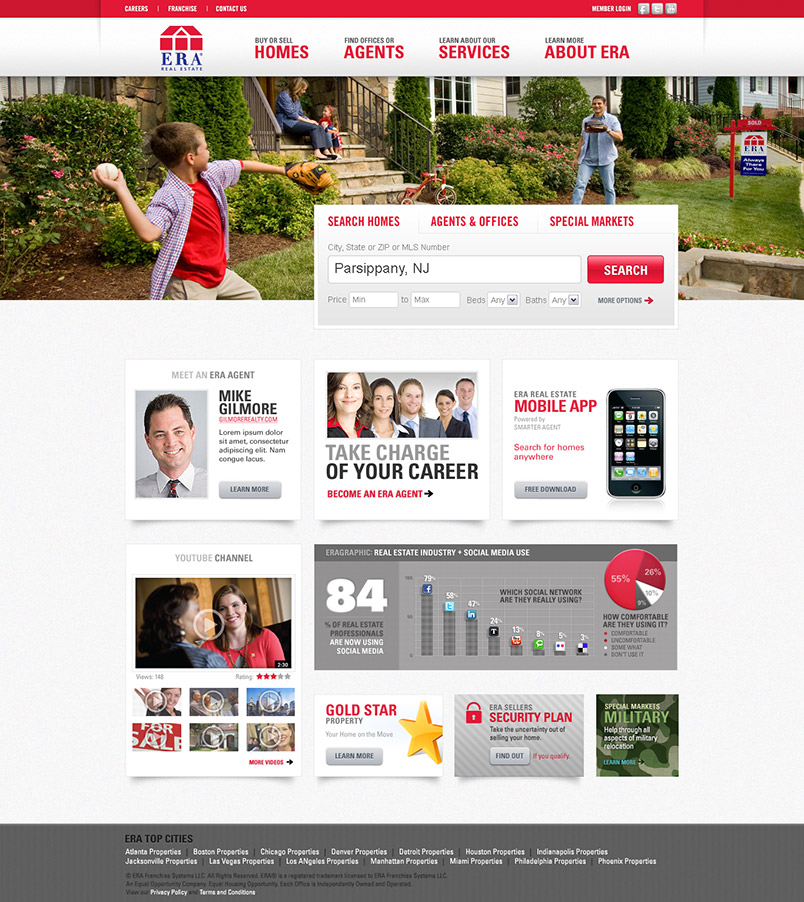 Close ProjectERA (2011) In addition to directing the redesign of ERA, I led the design team at Homes.com on several projects for other Realogy brands.

In addition to designing web applications with a "mobile first" approach, I also design user interfaces and create prototypes for native mobile apps. 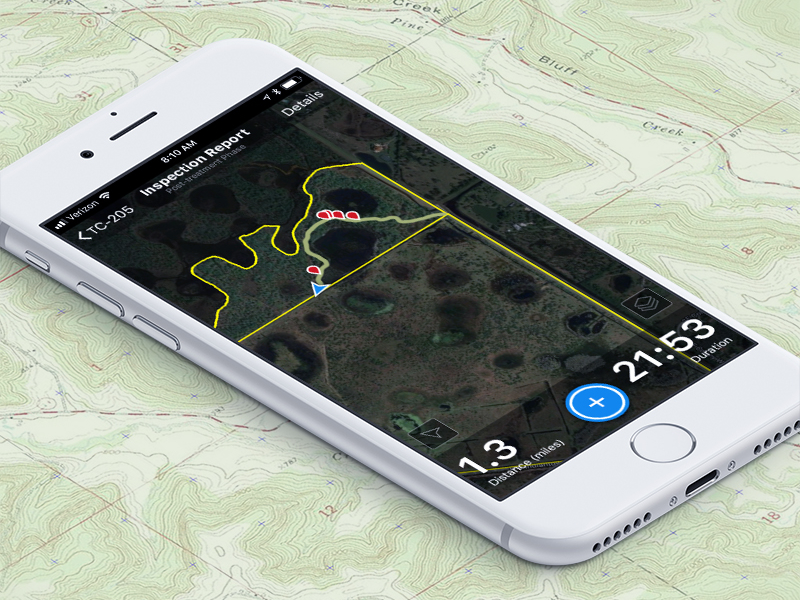 Close ProjectField Inspection App (2017) This grab is from a prototype concept for an moble inspection app used by FWC to document and manage invasive plant species throughout the State of Florida. The prototype was created using Adobe XD.

Close ProjectSnapGov (2018) This app provides the ability to view statements and pay for local government services using a smartphone. My roles in this project included user interface design and prototyping. 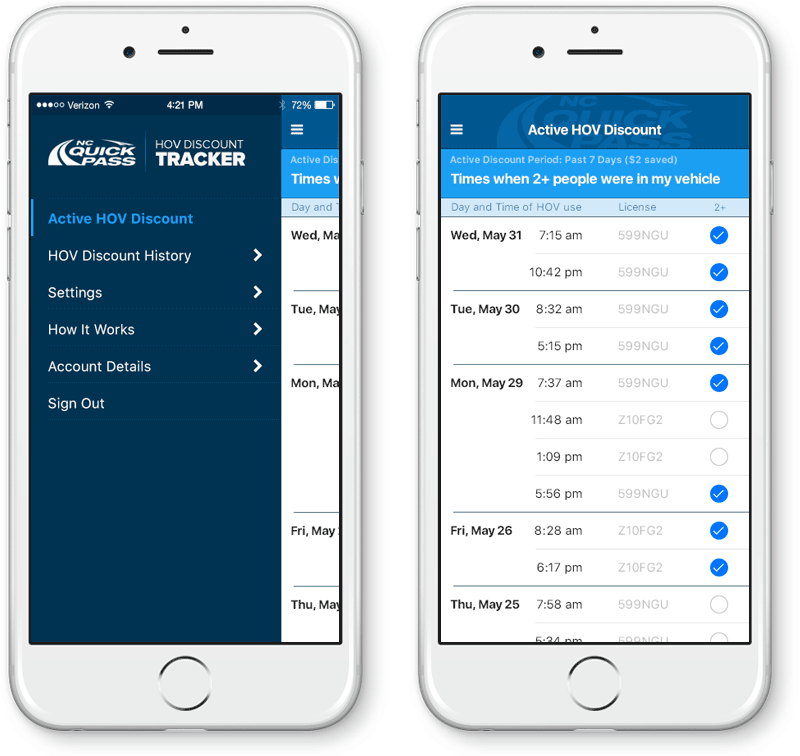 Close ProjectHOV Tracker (2017) Designed to further streamline the tolling process for HOV lanes, this app enables drivers to configure and tracker their use of HOV lanes. My roles in this project included user interface design and prototyping.

Close ProjectExplore Florida App (2018) This is a collection of all artboards used to create a prototype in Adobe XD for the Explore Florida app. The app provides access and information to a wide variety of outdoor locations and activities in Florida.

Close ProjectWeatherSTEM App (2015) I provided user interface consulting and testing for the developement team that coded the WeatherSTEM app. I also created this promotional video after the app was released. 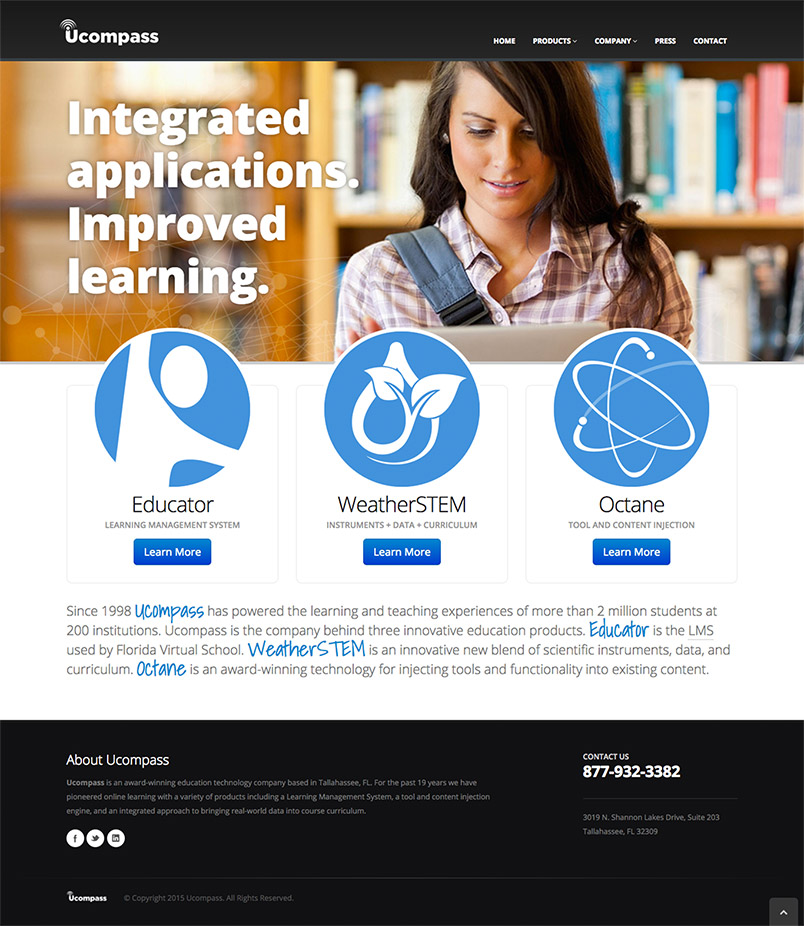 Close ProjectUcompass (2014) Ucompass creates education technology applications. My roles in this project included user interface design, and the creation of a WordPress template. 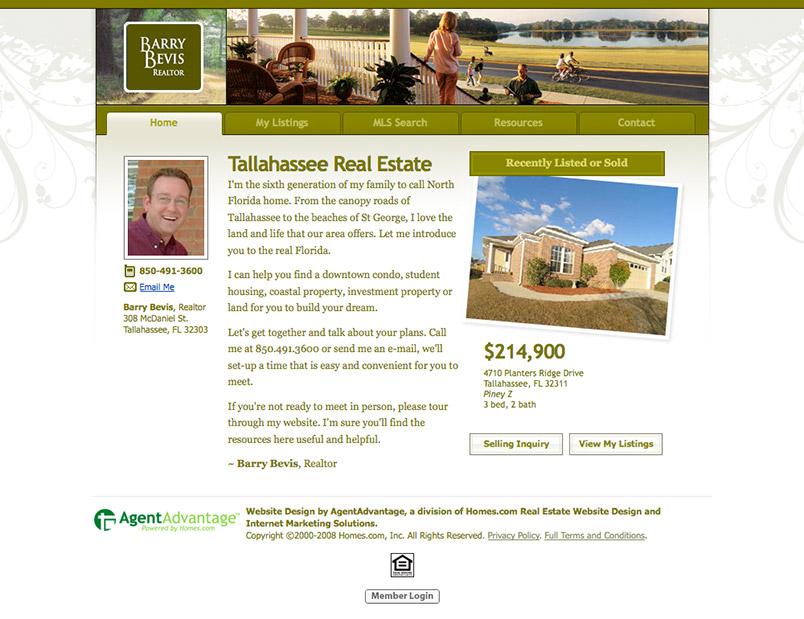 Close ProjectBarry Bevis Real Estate (2008) This custom template was created to be used in the AgentAdvantage CMS. My roles in this project included user interface design and front-end development. 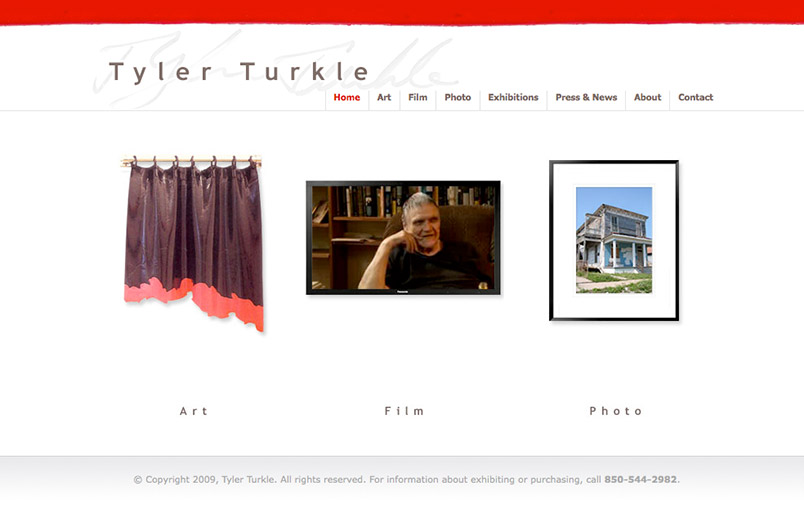 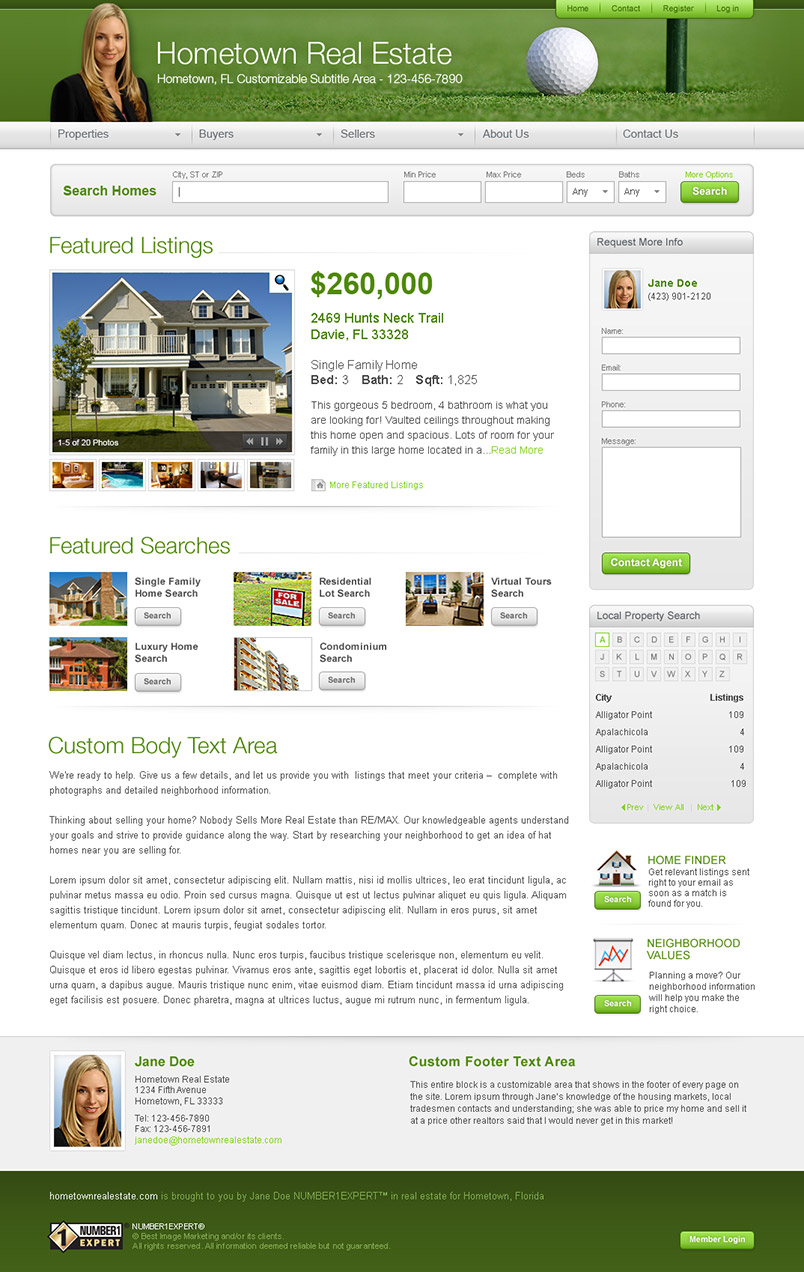 Close ProjectN1E Agent Site (2010) This template was created to be used in the NUMBER1EXPERT CMS. My roles in this project included user interface design and front-end development.

I began my career designing user interfaces for disc-based media and touchscreen kiosks. This experience has proven to be very useful as I move into interface designs for devices like the iPad. 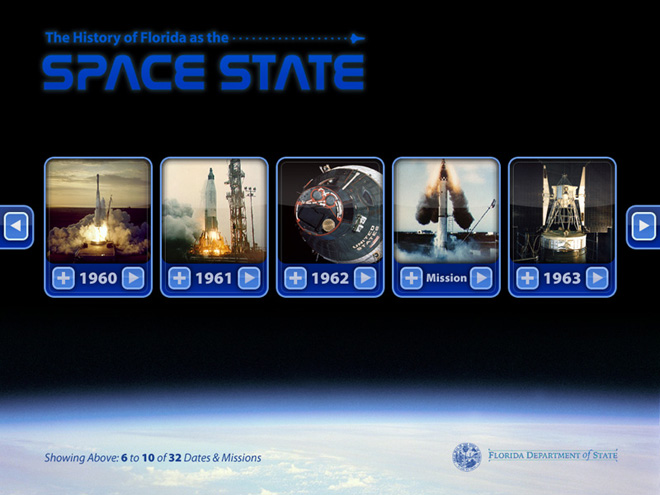 Close ProjectThe History of Florida as the Space State (2004) This touchscreen kiosk was designed for the Challenger Learning Center / IMAX in Tallahassee. 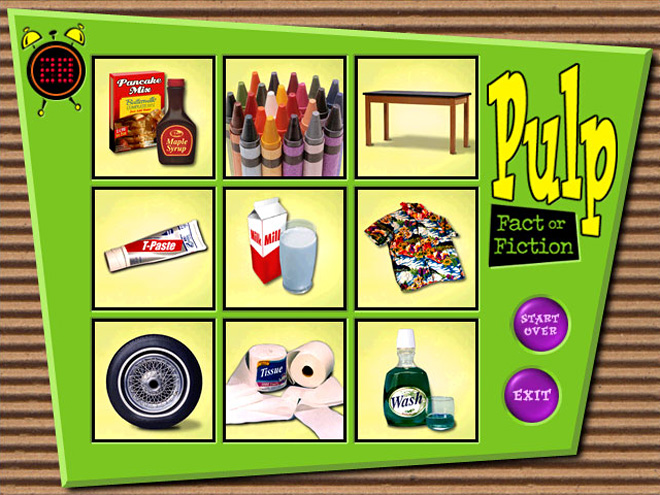 Close ProjectPulp Fact or Fiction (1998) Featured at Disney’s Innoventions Pavillion, this touchscreen kiosk showcased the many uses and sustainability of paper products.

I’m occasionally asked to design logos, come up with names for products, and illustrate icons. The following samples include some of this work over the years.

Close ProjectVarious Logos Shown above are logos I’ve designed for a variety of clients.

Here’s a bit more about my background. 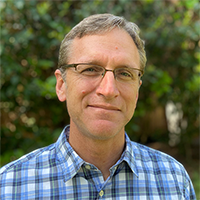 I’ve been designing user interfaces for over 25 years, and though I didn’t expect to stay in Tallahassee beyond my days learning HyperCard as an undergrad at FSU, my entire career has been shaped within Florida’s capital city. I cut my teeth as a designer at Interlight Productions, and despite that fact that both the company and its technology focus (CD-i) no longer exist, the principles I learned (and wife that I met on the job) remain with me to this day. Over time, the primary focus of my work shifted to designing web and mobile apps, nearly a decade of which as the Design Director for Homes.com. 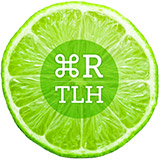 I typically start work days in my home office with a fresh cup of coffee, freelancing for small businesses and non-profits. From time to time I teach as an adjunct at FSU’s College of Communication & Information, mentor at Domi Station, and write articles about design. In 2006 I founded Refresh Tallahassee (now with over 800 members), and in 2012 I partnered with the Unmatched Style team to bring the Converge Conference to Florida. That same year I joined the team that built WeatherSTEM, an application that integrates weather stations with public safety and STEM-based education. In early 2017 I joined Kyra Solutions as a UX Architect, and I am now immersed in the world of building web and mobile apps for government agencies — focusing primarily in the areas of transportation, health, education, and environmental protection.

And here’s a way to connect.